Here we delve into local lobster fisheries, the Marine Protected Area Governance (MPAG) project, and how its founder, Peter Jones, is helping to create effective, sustainable interactions between people and the ocean.

For many people, lobsters are a delicious treat – but for many others they are a daily lifeline.

In the coastal community of Saint Luce in the Deep South of Madagascar, for example, fishing is the main source of income for four out of five people, and spiny lobster is the most lucrative target species. When we consider that 90% of people in the Deep South live below the $1.90 US dollars/day international poverty line, it starts to become clear just how critical the oceans are 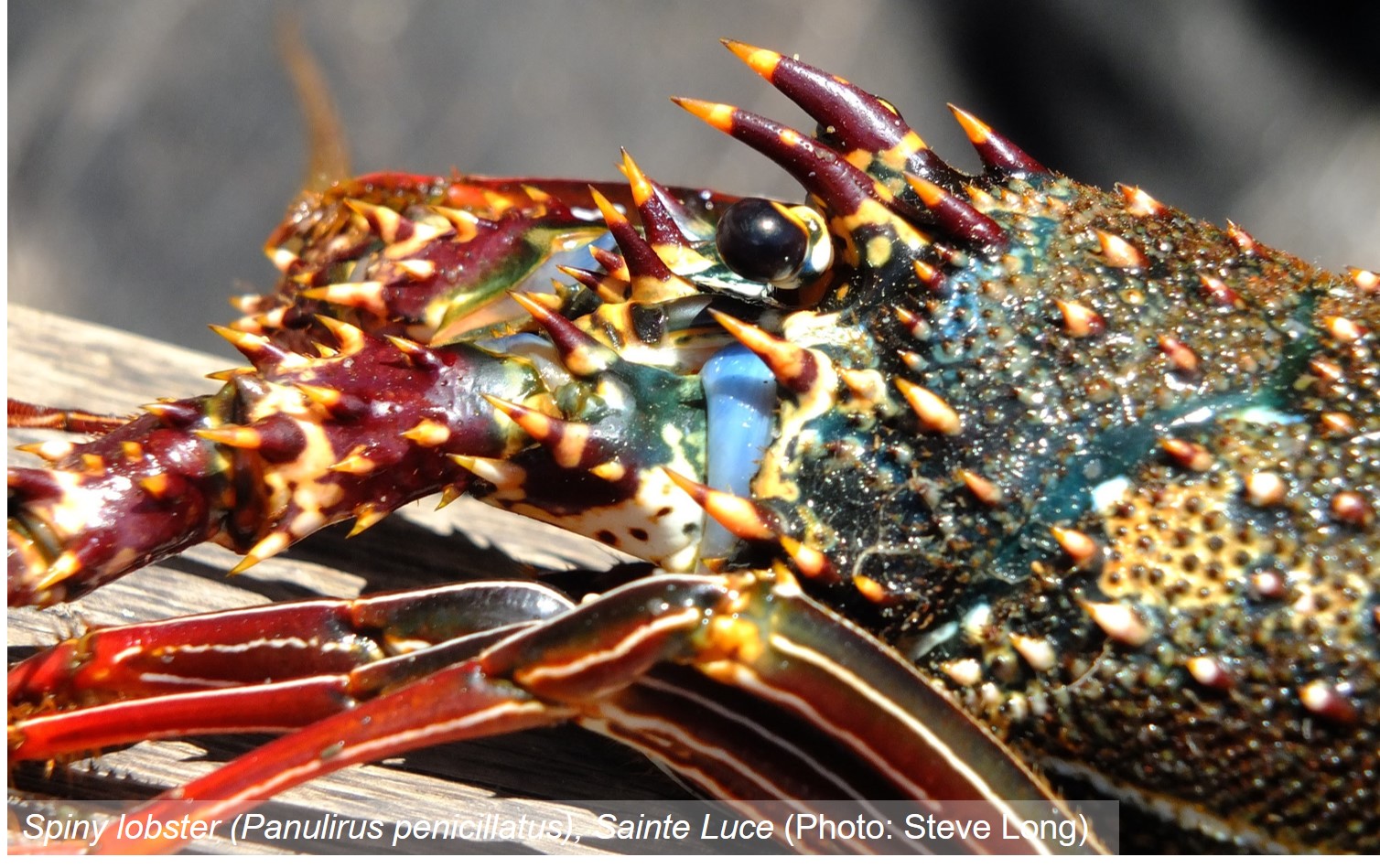 But lobsters take a long time to reproduce and an even longer time to grow to their full size – while older fisherman talked of days when one man could bring back 20 kg of lobster in his boat, by 1990 their daily average haul had halved. By 2014 a fisherman counted himself lucky if he came back to shore at the end of the day with one kg of lobster on his boat.

Something needed to be done to stop the lobster populations diving off a cliff, and taking local livelihoods with them.

With SEED’s support the community was able to establish a Riaky (‘Sea’) Committee which introduced management measures through a dina (a customary system of law). Since 1996 these dina carry the force of law, and, once ratified, are enforceable by the Malagasy State.

To attempt to stop the lobster populations from diving even further, the Committee established 45 articles in their dina in addition to existing national legislation, including:

After the first no take zone launched in 2014 there was a brief spike in the amount of lobsters caught per pot – and this even happened again in subsequent launches. This sudden increase in the numbers of lobsters over a short time period meant fishers could ask for higher prices from the merchants, as they competed for the bounty of lobsters (which also meant fishers were more likely to look more favourably on fishery management…).

These were short-term impacts, however, and wouldn’t lead to a real recovery of the local lobster populations. That would take sustained, long-term effort, and likely a whole suite of targeted management approaches. 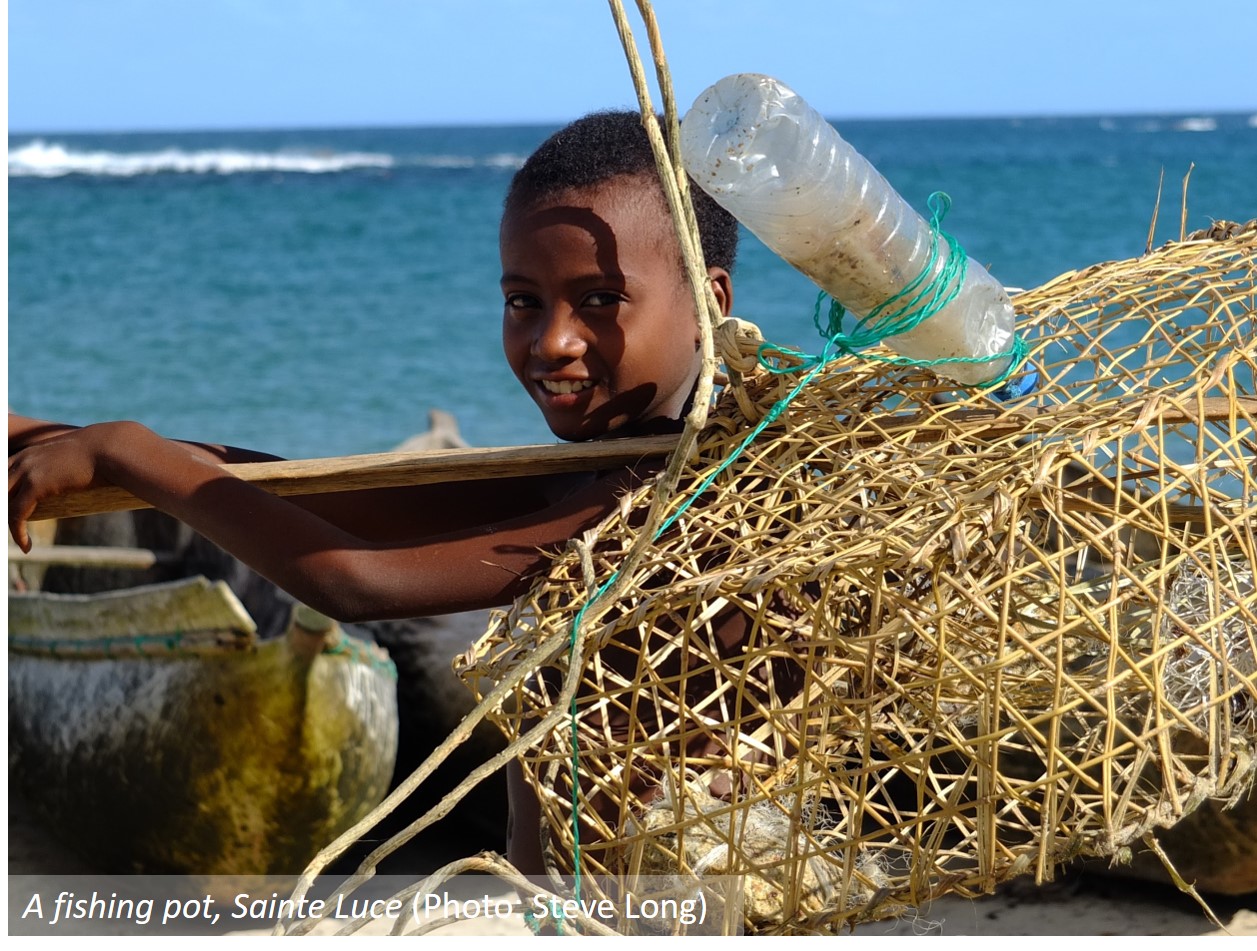 So how could the LMMA be improved to achieve significant long-term impacts? What would make lobster populations bounce back? What would secure a sustainable future for the community and the ecosystem it relies on?

This is what Peter Jones, Reader in Environmental Governance at University College London, set out to discover. With a background in marine ecology, broadening into studies of policy and conflicts in Marine Protected Area (MPA) management, he has a long history of interest in understanding how MPAs actually, practically, work. What makes certain incentives effective? How do different political, social and biological factors affect the outcome? And how can we learn from them to create more effective MPAs in the future?

So in 2009 he launched the Marine Protected Area Governance (MPAG) project to analyse MPAs for their successes, weaknesses, and opportunities. It now holds 50 case studies!

While primarily focused on research ‘on the ground’, he and his team also incorporate an in-depth understanding of the political and legal situation as well as the behaviour and characteristics of the species involved, providing a deep, comprehensive review and suggestions.

He and his team started with identifying why there was still an unsustainable level of fishing in the first place. What they found can be broadly separated into three main issues:

It is often hoped that community-based management, such as this LMMA, can fill the gaps when there is little government funding. However, it is very difficult to enforce fines on people in your own community, and many people cannot afford to pay the full amount anyway.

Essentially, Peter and his team found that the LMMA, and the dina it was trying to enforce, were not as effective as they could be because they didn’t adequately address the local drivers and because of a lack of back-up state enforcement capacity. 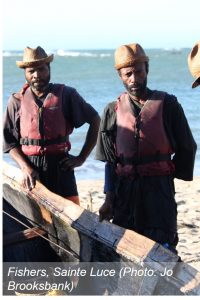 In a recent paper he and his team delve into the details, discussing the particular idiosyncrasies of the area that can make or break a LMMA. For example, when investigating whether tuna and sardines could play a larger role in people’s income they learnt a very practical problem – there are no ice facilities in the area and no established export route, so there is only limited demand from local markets and prices are low.

Other issues related to transparency in the Committee itself – it is meant to invest any fines back into managing the area, but there is little public explanation of where exactly the money goes. As well as leading to general distrust this also means people are much less likely to pay any fines they may incur. Having regular democratic elections to the Committee and a more transparent system of accountability was suggested as a solution.

Training people in other livelihoods has also been shown to help supplement people’s income, but not replace lobster fishing. SEED’s ‘Stitch’ project, for example, trained 21 women how to embroider, and there are now over 100 people selling their products to domestic and international markets – some of the men are even joining in. Those men are still fishing though, so it hasn’t effectively slowed the decline in the lobster fishing, though the income from selling embroidery products is approaching that from the lobster fishery. 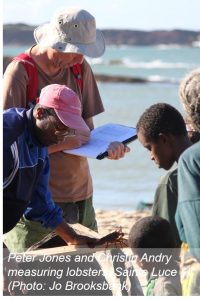 Ultimately, Peter and his team found that an LMMA, or MPA, needs a number of different incentives to actually work. They developed a number of different types (economic, communication, knowledge, legal, and participation), and recommends that each governance structure has at least one incentive from each type. In this case there was a particular need for state assistance with enforcing the dina restrictions and penalising rule-breakers, coupled with a more transparent system of accountability on how the revenue raised from fines is being reinvested in the fishery and local community infrastructure e.g. repairing local roads and bridges.

This makes the governance more resilient, effective, and equitable – really addressing the core reasons of why the LMMA was established in the first place. When creating new LMMAs, it is key to consider what incentives will work, and what’s actually realistic, recognising that whilst community-based approaches are important, the supporting and enforcement back-up role of the state is also very important for promoting effectiveness and ensuring equity.

This approach to MPAG is already making waves – MPAG rationale and findings formed the basis of the governance stream of the international 10X20 Conference (7-9 March 2016, Rome) to support the achievement of a globally agreed target to conserve at least 10% of coastal and marine areas by 2020. This is part of the 10X20 initiative, organised by the Government of Italy, the United Nations Environment Programme and the Ocean Sanctuary Alliance. The first two days of the conference involved 25 international experts in discussions on good practice for measures to designate and promote the effectiveness of marine protected areas (MPAs), focusing on science, governance and finance.

More recently, the MPAG rationale and findings formed the basis of the opening presentation of the case studies session of a recent workshop (10-12 April 2018), organised by the Ministry of the Environment of Brazil and UN Environment. This is part of Brazil’s initiative to develop a white paper: Options for enhancing management of marine protected areas and other effective area-based conservation measures. The MPAG presentation included some recommendations for this new national MPA strategy, which can be found in the slides of the MPAG presentation.

This MPAG research is also one of six highlights featured in UN Environment’s Frontiers 2017 report (pp.35-46) launched at the UN Environment Assembly 2018, Nairobi – “Ultimately, governing the oceans in a sustainable way could see Marine Protected Areas as a driver – not a limit – for the vital economic and social benefits that we derive from the global ocean”. This highlights a forthcoming UN Environment output based on an analysis of 34 case studies: Enabling Effective and Equitable Marine Protected Areas: guidance on combining governance approaches (will be available soon here). 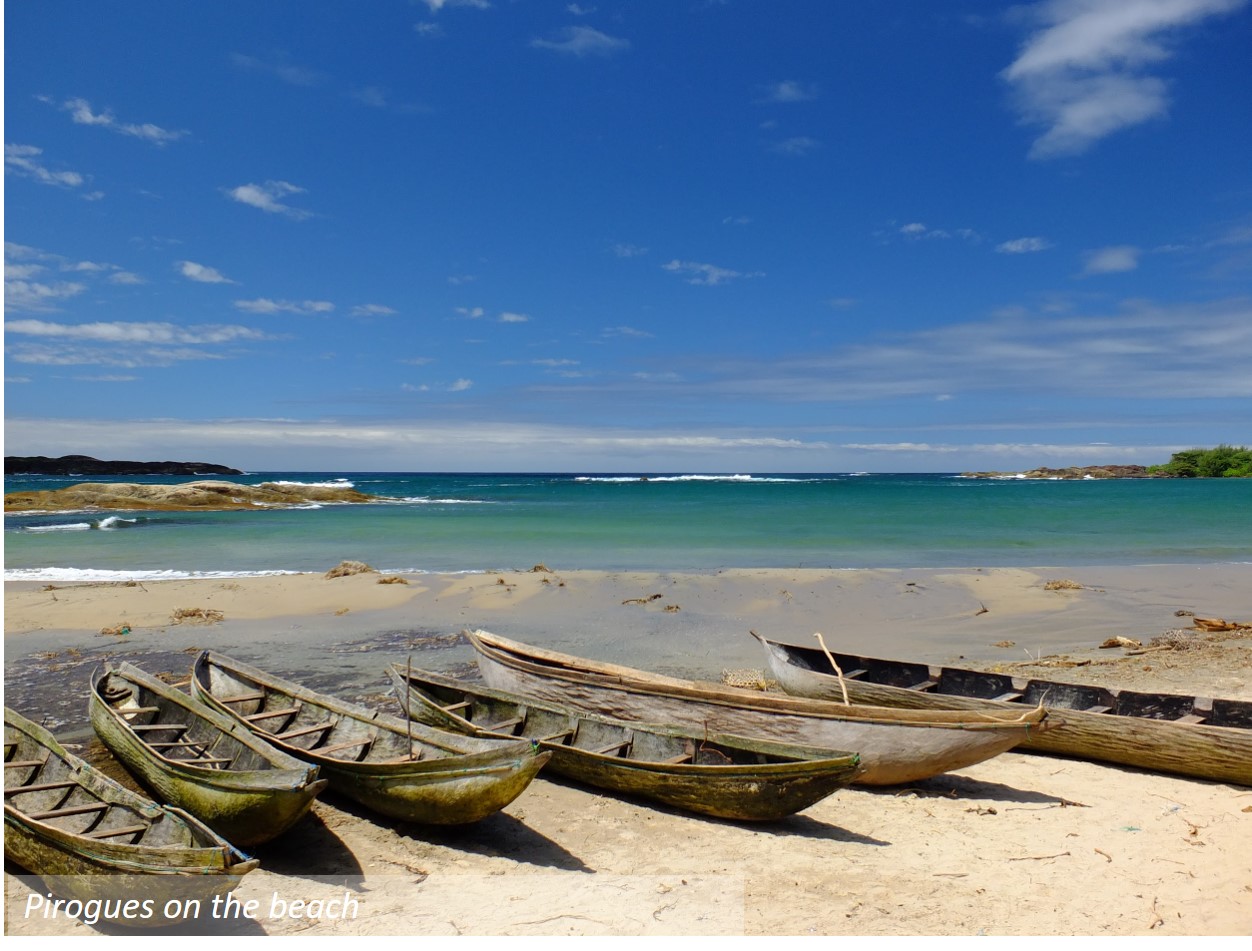